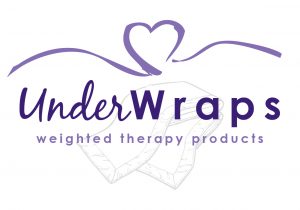 Hug your way to good health

Hug your way to good health

What delivers an instant boost to your mood and your immune system, while stabilising your blood pressure and reducing anxiety? No, it’s not a miracle drug or a super-food – we’re talking about a simple hug!

How does science backs hugging?

Several scientific studies show just what happens in your body when you’re hugged; take a look.

Immune system: One study conducted in 2014 showed that people who felt they had better social support were less likely to come down with the cold virus. It was calculated that stress-reducing hugs accounted for around 32% of the effect! And that’s not where it ends: for study participants who did get a cold, the ones who received more hugs and social support experienced milder symptoms. Turns out that “kissing it better” teamed with a hug is a real thing.

The stress-reducing benefit of hugging is related to the release of oxytocin, some scientists believe. This “bonding hormone” promotes attachment between mothers and their new-born babies (as well as other relationships) so we’re talking about powerful chemistry here. Oxytocin is released into the bloodstream through the pituitary gland, but some of it stays in the brain where it influences mood, behaviour and physiology.

The oxytocin release that comes with hugging can cause a decrease in heart rate and a drop in nasty stress hormones like cortisol. Higher oxytocin levels mean lower heart and sympathetic nervous system reactions to stress! This was found by a North Carolina School of Medicine study of postpartum mothers conducted in 2011.

Oxytocin increases levels of feel-good hormones such as dopamine and serotonin, which may explain its calming effects. Hugs release oxytocin, which is why they make us feel better when we’re sad, tense or scared, and they can also help us to focus and pay attention.

How many hugs a day do you need? As many as you can get and give. Xx